Somehow those orange motocrossers have taken another step in performance for 2019 so we asked the wizards in R&D what is in store for riders eying a new dirtbike. 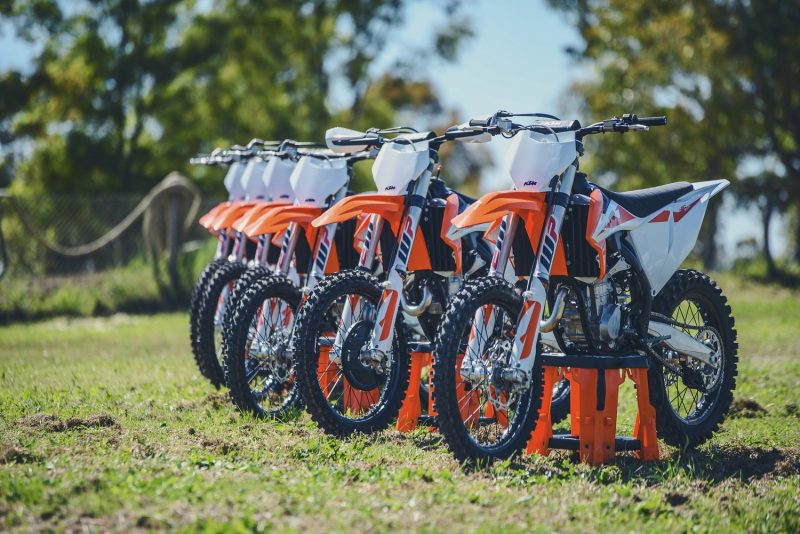 Technicians and engineers are always pursuing ‘something better’. This is certainly the case within KTM’s relentless R&D Department. It would take a large slice of creativity and effort to improve the 2018 SX motocross range; don’t forget that the flagship KTM 450 SX-F grabbed titles in Supercross and finished 1-2 in MXGP last year (the KTM 250 SX-F also winning the MX2 World Championship) so the technical package was proven at the highest level of sport and KTM’s ‘mantra’ of READY TO RACE means it wouldn’t be any other way. In fact, Head of Engine Offroad & Motocross R&D, Michael Viertlmayr, says: “Without the approval of our racing athletes we do not make any major changes to our bikes. That is a clear statement from KTM.”

So, if Ryan Dungey (still very active with KTM and also in the saddle), Tony Cairoli, Jeffrey Herlings, Glenn Coldenhoff, Pauls Jonass have provided some suggestions and tweaks then you can be sure they have been implemented on this new spectrum of SX machines. The line-up actually involves three 4-stroke SX-F models – 450, 350 and 250 – and three SX 2-strokes: 250, 150, 125. Practically every style, taste and preference is catered for.

But what else have KTM discovered? A dirtbike is not a simple or cheap investment so the 2019 offerings have to warrant the cost and effort to produce as well as entice riders that the latest gains on the dyno and through copious test runs are worth it. KTM Product Manager Offroad Joachim Sauer hints at the general direction of the SXs: “When it comes to performance then our goal was not to drastically improve it but rather aim for more rideability and more efficiency.” How was that done …? 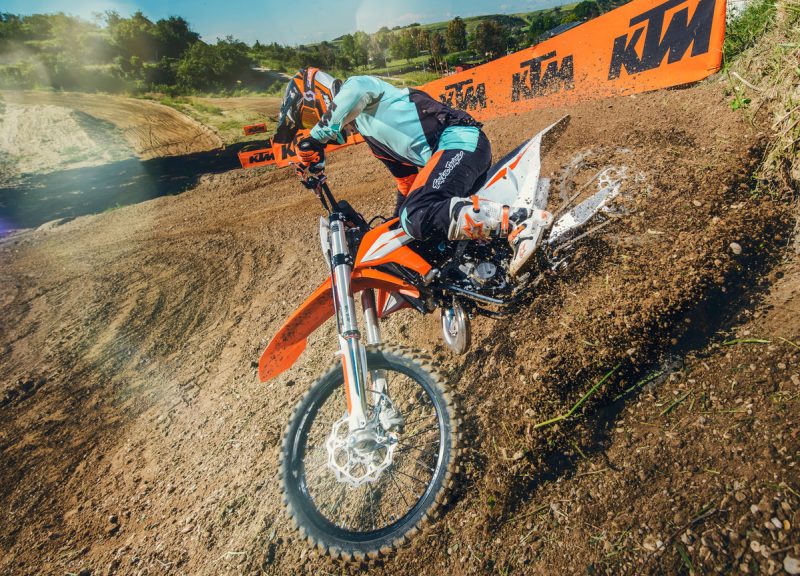 1) Whack on the gas and wipe that tear away: Rideability
At the heart of KTM’s objective to make the SX models more rideable – almost more friendly with that fierce market-leading power-to-weight ratio – is a series of modifications, but perhaps the most significant is the new frame. Made from chromium molybdenum steel sections with a longer aluminum subframe and cast aluminum swingarm (with a longer chain adjustment slot) extra stiffness is the goal. “The frame has been drastically improved to get the agility on one side but still keep the straight-line stability and the combination of the longer swingarm means the riders can now shorten or lengthen the wheelbase to make the bike turn easier or make it more stable on the straight,” Sauer says.

Does it work? British test rider and former racer Dave Willet was one of the first to take the SX and SX-Fs for a spin at the recent launch in Rome. “KTM talked about stiffening the frame so that it doesn’t twist and that’s the key,” he says. “Perhaps the flex in the last frame just took away some of that capability for the rider to be pinpoint-accurate in maneuvering the bike. Where they have made that strengthening and eradicated that twist means that it now glides across the track. And this is something that can be said for all the 4-strokes but even more so on the 450.”

“With the KTM 450 SX-F being one of the fastest bikes on the market it was hard to move it in the past … but not any more: the frame, swingarm, linkage, suspension all compliments the engine force.” 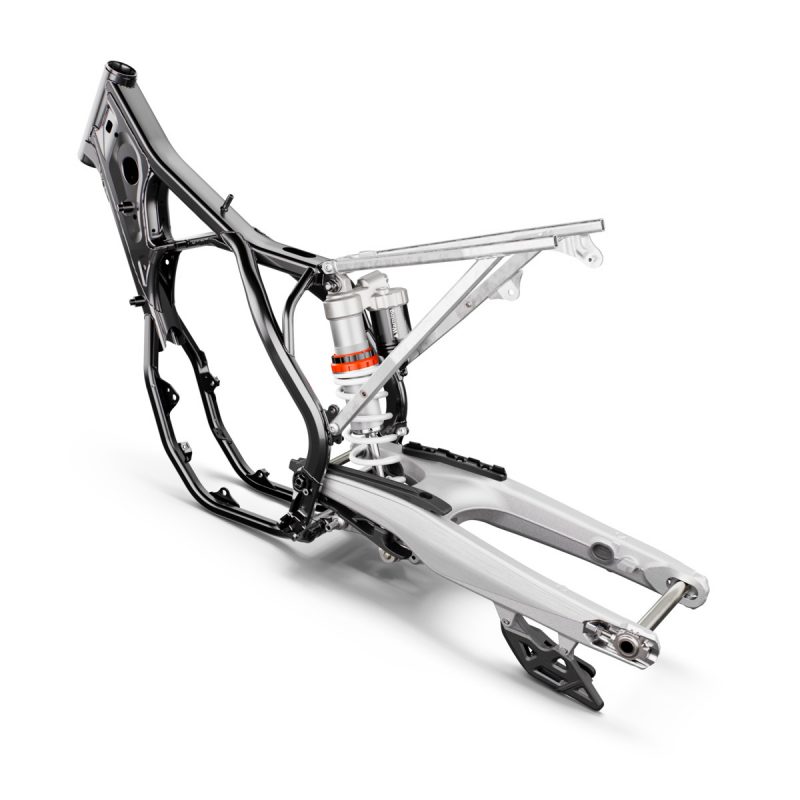 Add revised WP Suspension, items like a newly-formed stiffer triple clamp, a lighter clutch with steel components and Pankl engineering and it’s clear that these SXs will work and feel easier than ever before. This is essential for a motorcycle with the performance potential of the KTM 450 SX-F. Willet: “KTM have concentrated on letting the 450 move around the track with ease and it takes less physical strength to do that; you don’t have to manhandle it as much. It means the market for this motorcycle has now increased massively.” 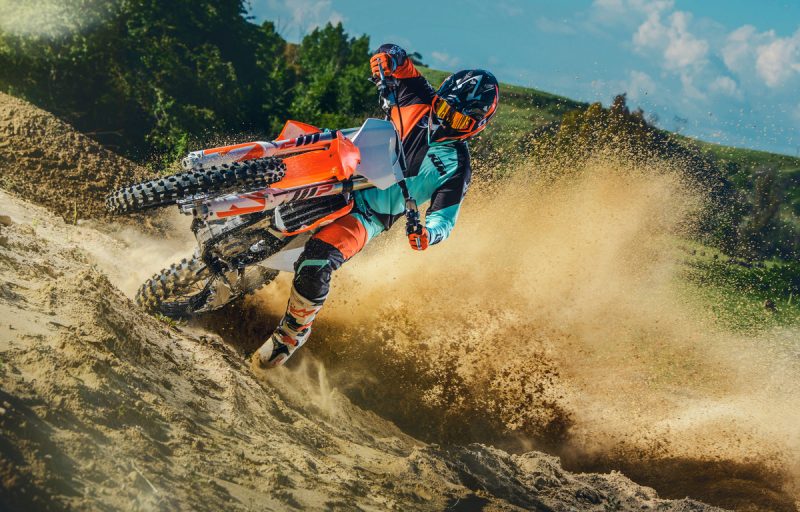 2) Boy, you´re (not) gonna carry that weight: Power
KTM have starved their SXs. More weight has been shed, and in the interests of rideability careful attention to engine internals and power delivery has been made to help the ‘loss’.

“We worked on every single model in terms of improving power delivery in combination with cylinders and cylinder heads on the 4-strokes and exhaust systems, airbox and EMS and electronics,” Sauer says. “It is one entire package to make the efficiency of the engine better. It doesn’t make sense to improve the peak performance of a 450; we have 63 horses, so the secret is about bringing the power down to the ground and there we made a major step forward.” 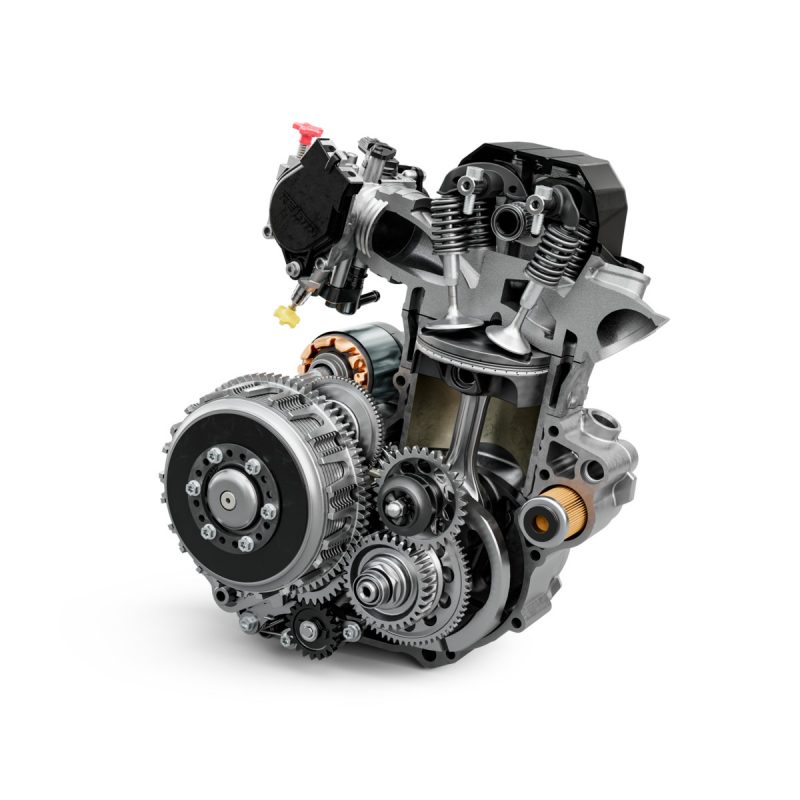 DS clutches and clever use of steel components and the fantastic time-saving advantages of using 3D printing technology means that KTM have reacted quickly to ideas. “The clutch components are made of steel and we have a weight drop; this is the old story of smart engineering and it is the same with the steel chassis because steel can be lighter than aluminum if you do it right,” advocates Viertlmayr.

Re-arrangement of elements such as the radiators, and engine position (higher crankshaft on the KTM 125/150 SX) helps towards more centralization. New exhaust silencers and headers across the range have assisted in the weight-performance battle. 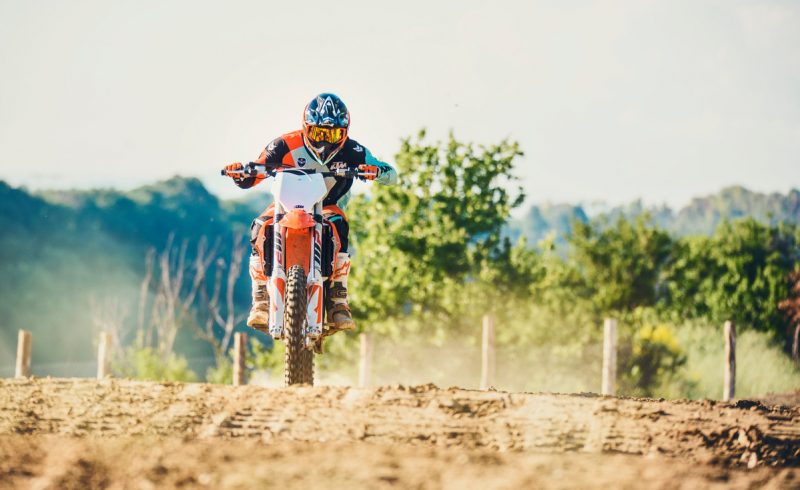 3) Something in the way she moves: Ergonomics
“We did not want to make something completely new because the previous bike was already pretty close to optimum,” Sauer claims of the freshly-sculpted SXs. “We got a lot of feedback from our factory riders about the edges where we could get better and we did not turn the bike upside-down.”

The SXs have not been turned upside down but they have been greatly honed. Designers at KISKA have focused on the contact points between rider and motorcycle and Dave Willet was able to rubber-stamp their work. “Rider ‘friction’ sounds like another sales pitch but you really can feel it,” he offers. “There is less contact in certain areas and the way you now have to grip the bike and with the sub-frame being slimmer allows you to transfer your body weight more easily. When you come into a turn standing up then you can easily shift your weight forwards or backwards. It is key across the range but it is more apparent on the 450 because of the size of the bike and how fast it is.”

Other examples of how KTM have thought of the rider include the new KTM 250 SX pipe. Vastly reduced in size (Viertlmayr: “Our test riders always used to complain that they had to change the pipes five times a year.”) but with oval cross sections in the bends means that performance has been maintained and even boosted. The SXs also have a new seat that is softer and more resistant: a feat that was achieved by careful analysis of every other option on the market and also comments by the pros athletes that are logging more bike time than most. 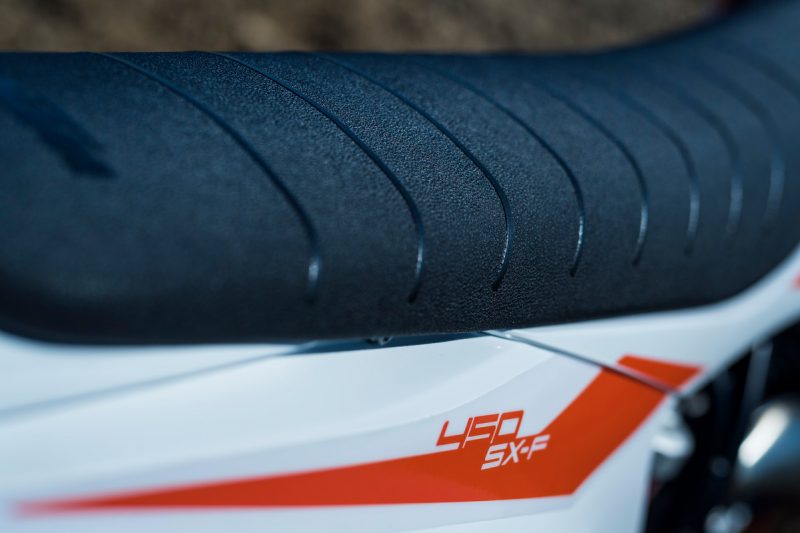